Ford & Disney Team Up to Reveal the All-New Ford Bronco

Ford & Disney Team Up to Reveal the All-New Ford Bronco 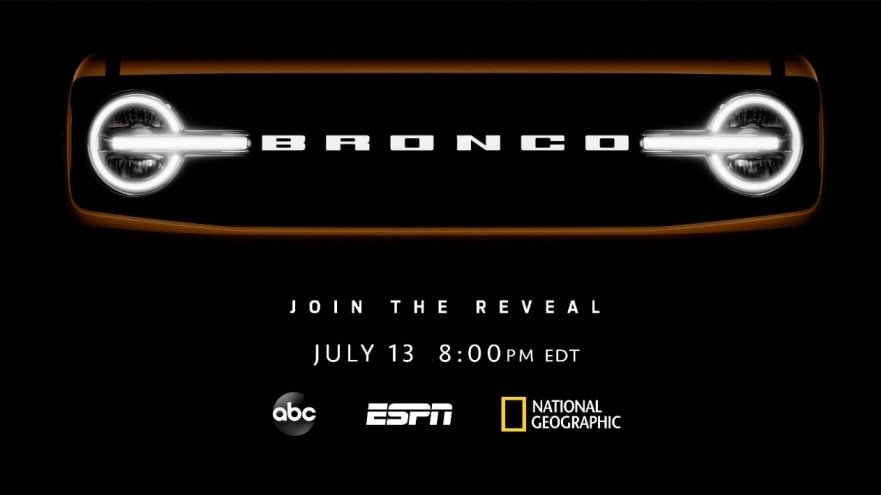 The Ford Bronco is back after more than 20 years away and we know that Bronco fans are eagerly awaiting the Ford Bronco availability in Canada announcement which you'd be surprised to learn will be coming to viewers through a rather unconventional platform. As you may have guessed from the title, Ford teamed up with Disney to announce the re-launch of the Ford Bronco and plans to reveal different pieces of the Ford Bronco line-up across various Disney streaming platforms.

There will be three separate videos, each featuring a different Bronco model and special guest. ABC will air one featuring country singer Kip Moore during the "CMA Best of the Fest", ESPN will have professional climber Brooke Raboutou during "SportsCenter", and film director and professional climber Jimmy Chin can be seen with a Ford Bronco during the "National Parks: Yosemite" on National Geographic. All videos will be released and 2021 Ford Bronco SUV models revealed during the first commercial break on ABC, ESPN, and National Geographic after 8pm ET on July 13th.

All three commercials are three minutes long and can also be viewed on Disney's Hulu streaming service the following day. This will be the first time that Disney CreativeWorks has developed custom content for multiple networks and could very well be the start of a new way to advertise.

Ford's aim with this campaign and team up is to target a variety of audience segments most likely to be interested in the two door SUV, while the follow up appearance on Hulu reaches a younger audience who have either cancelled or never signed up for cable and satellite TV services - namely those who were children the last time the Bronco was popular and may have fond family memories of it or simply are looking for an adventure SUV.