Ford has revealed its all-new 2021 F-150 hybrid concept vehicle with a five-minute video detailing the torture testing this hybrid pickup has endured to prove itself against the non-hybrid F-150s. Like all Ford pickups, the PowerBoost hybrid was taken to the Davis Dam in the Mojave Desert to test the towing capacity. Here, engineers go up and down the 11.4-mile, 3,500-foot slope with a trailer filled to maximum capacity in 100+ degree heat to see how the truck handles.

The Anza-Borrego Desert in Southern California is the site for off-road capability testing that includes mountainous sand dunes, high-speed trails, mud walls, and slippery, jagged rocks. There's also Ford's Proving Grounds for robots to repeatedly drive over man-made potholes and grooved roads that are too harsh for humans to test.

The final test, one that's unique to the PowerBoost hybrid, has been referred to as a "mechanical bull on steroids," as it is essentially a multi-axis bucking bronco rig for the battery to sit on. Hydraulic actuation then shakes the battery, simulating harsh potholes and washboard roads for 82 hours which equates to 10 years on the road. Having not only endured but passed all of these tests, the new 2021 Ford F-150 PowerBoost hybrid is ready to hit the road, and a dealership near you, later this fall.

What We Know - F-150 PowerBoost Hybrid

Not too much information has been given about the newest addition to the F-150 lineup, for example, we don't yet know what the body style will be. We do, however, know some basics, like the fact that it will be paired with the twin-turbo 3.5 L Eco-Boost V6 engine with 10-speed automatic transmission and an electric motor embedded in it. The PowerBoost hybrid will be available with either 2 or 4-wheel drive and available on every trim level from the XL to the Limited. 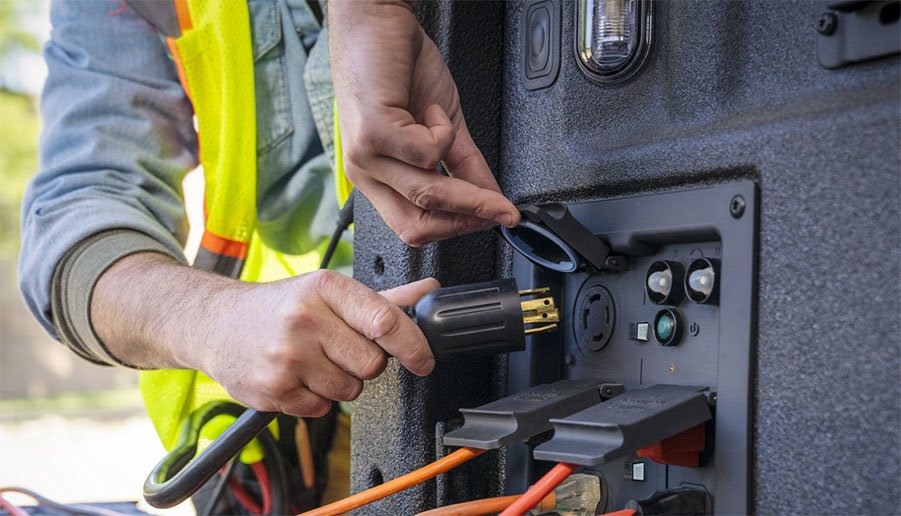 We already mentioned that twin-turbo V6 engine, so you may be wondering where the hybrid part comes into play. The engine is assisted by a 35 kW electric motor (the equivalent to 47 horsepower) that is inside a special version of Ford's 10-speed automatic. It's fed by a liquid-cooled 1.5 kWh battery mounted underneath the truck that does not sacrifice any interior or cargo bed space. This is a "full hybrid" setup, with an electric motor that can directly contribute to the truck's forward motion. While exact details aren't known, Ford has stated that they are targeting the most horsepower and torque of any pickup in the class. This means that, if we aren't excluding the 3.5 L EcoBoost V6 in the Raptor and Limited models, we can expect more than 450 horsepower and 500 lb-ft of torque from the PowerBoost hybrid.